The next general election is November 6, 2018. Information about the election, including where to vote and a sample ballot, is on the Arlington County Voting & Elections web page here.

In-person absentee voting begins on September 21. The deadline for registering to vote is October 15. If you want an absentee ballot mailed to you, the Arlington County Registrar must receive your request by 5 PM, October 30. The last day to vote absentee in-person is November 3. 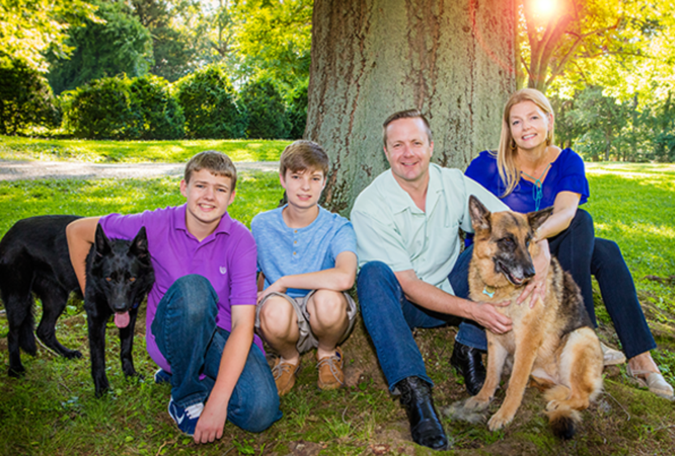 Corey Stewart, our Northern Virginia neighbor, has served successfully as chairman of the Prince William County Board of Supervisors since 2006. Under his leadership, Prince William County has become the second-largest jurisdiction in Virginia and routinely ranks among the best places in America to live, work, and raise a family.

Corey Stewart fights for accountability, low taxes, and public safety.  He has held down property taxes, controlled the cost of government, and championed policies that have led to our region’s economic boom.  A leader in the nationwide fight against illegal immigration, Corey will work with both parties to secure the border, enforce the law, and keep our country safe from gangs like MS-13.

The first in his family to graduate from college, whose father worked as a longshoreman, Chairman Stewart works as an international trade attorney. This experience has given him a firsthand perspective of the importance of trade to American jobs.

Corey lives in Woodbridge with his wife, Maria, and their two sons. He is active in our community, with local supporters from all backgrounds and walks of life.  As our next U.S. Senator, Corey will never forget where he came from and for whom he’s fighting. 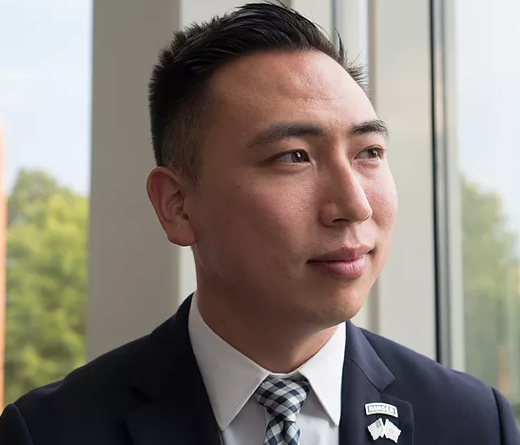 After immigrating to the United States from Korea, Thomas Oh’s family has lived the American Dream.  Student loans, car payments, rent, saving up for a house—Thomas understands the challenges facing middle class families in Arlington because he has lived them himself.

Thomas is determined to make our district a leader in the modern economy.  We need better schools with better teacher pay, where kids learn to succeed in the world we live in, not the world that existed decades ago.  We need to welcome the immigrant entrepreneurs who help make our community what it is.  We need a transportation system that suits the most powerful city in the world, instead of one dominated by a failing Metro system.  We need to protect the environment and ensure that future generations of Virginians can fish on the Chesapeake Bay, like Thomas does.  We need to fight back against special interests—that’s why Thomas doesn’t accept contributions from them.

An Army veteran who served honorably, enlisting while still in high school, Thomas will always be mindful of the immense sacrifices our military families have made.  Now he is ready to serve us in Congress and work across party lines to deliver a more effective, accountable government for all.

While Arlington GOP applauds the addition of a major line item description within each bond referendum, we continue to call for separate votes on each large item. The practice of bundling large projects reduces voters’ ability to make a choice on each. In this context, we urge the following:

While Arlington GOP supports adequately funding Metro, a key component of our regional economy, as well as street repaving, Metro’s continued poor performance and safety track record runs deeper than insufficient funding.  Managerial and cultural changes, including in Maryland and D.C., must occur; given that Metro’s management has been unwilling to make such structural reforms, we believe that change will not occur until voters send a signal that they will not tolerate the status quo. We therefore urge a NO vote.

Arlington GOP urges a YES vote.  The largest component of this bond, $16 million, is for Jennie Dean Park off of Four Mile Run Drive.  We trust that appropriate oversight will be applied to these funds, and thus support this bond initiative for parks and recreation.

Arlington GOP urges a NO vote. This bond is for a collection of projects, some with greater merit than others, with $14 million pledged for the construction of Fire Station 8 as the largest.  Proceeds from this bond would fund the Neighborhood Conservation Program, which provides funding for a variety of neighborhood-identified capital improvement projects.  But some local neighborhoods are divided about the necessity of these projects.

Arlington GOP urges a YES vote, as more space is needed to alleviate school overcrowding.  Still, we are concerned that the costs associated with providing additional seats for students have generally exceeded those of our regional neighbors.  Arlington GOP urges the School Board to focus on cost-efficient capacity expansion by adjusting design elements where appropriate to reduce per-student construction costs.

Arlington GOP urges a YES vote.  This amendment would authorize local jurisdictions to provide a partial tax exemption for real property that floods repeatedly, if flooding improvements have been made.  This is an incentive for those whose properties are at high risk of flooding to mitigate that risk by making improvements.

Arlington GOP urges a YES vote.  This amendment will allow surviving spouses of veterans who became permanently disabled in the line of duty to claim their property tax exemption even if they move.  Exemption from taxes on their homes helps express, in some small part, the immense gratitude of the community for the extraordinary sacrifice of the spouses of veterans who became totally disabled in the line of duty.  This is similar to an existing provision made for the spouses of members of the armed forces who have been killed in action.

You can join us using

Created with NationBuilder – Theme by Tectonica